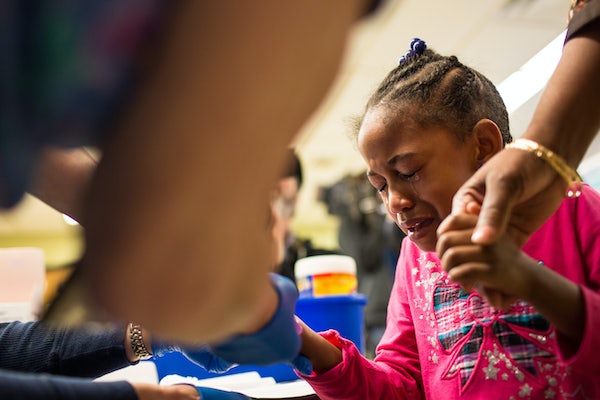 Michigan officials warned as far back as 2013 that Flint’s water could become poisonous.

That’s the biggest revelation from the latest giant email dump on the city’s lead-poisoning crisis. Michigan’s Department of Environmental Quality was aware of some of the health risks of switching Flint’s water supply from Detroit to Flint River, almost a full year before an emergency manager appointed by Governor Rick Snyder switched the water supply to shave costs.

The Flint Journal reports that Stephen Busch, a DEQ official, emailed others in the department on March 26, 2013 about how switching Flint’s water source could cause public health problems. This included, in the Journal’s words, “increased microbial risk and risk of potentially cancer-causing disinfection by-products.”

Dan Wyant, the DEQ director at the time, and state Treasurer Andy Dillon both knew of these concerns and signed off on the water switch. After forwarding these concerns to Dillon, Wyant said “we are supportive” of the move and “its cost benefits compared to” Detroit’s water supply.

The story of the Snyder administration’s malfeasance has become clearer and more alarming as more of these emails become public. The Detroit News reported this week that emails showed officials considered distributing water filters in March 2015, months before it began to publicly acknowledge Flint’s water troubles.

Snyder on Friday announced he’s agreed to testify to the House of Representatives Oversight Committee.