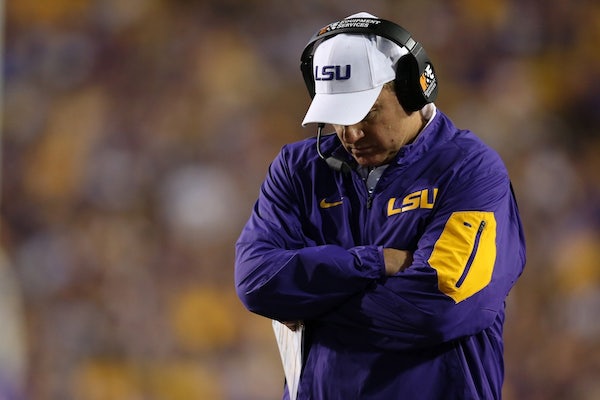 How one Democrat is using SEC football to raise taxes.

Edwards took his case to the public in a televised address on Thursday night, warning that inaction on his proposed increases could jeopardize the holiest of all institutions: LSU football.

The state’s higher education commissioner warned this week that unless the legislature acts to provide funding for the public university system, it will have to suspend some classes for the spring semester and give students grades of “incomplete.” Because of NCAA rules, no athlete may compete for his or her team with an “incomplete” on their transcript, meaning that LSU’s football players will be ineligible come the fall semester.

Football, particularly SEC football, has proven to be an effective catalyst for significant policy changes. Last year, several black players at the University of Missouri threatened to boycott all football activities — including games — until university President Timothy Wolfe apologized and resigned for his inaction to address a series of racist incidents on campus.