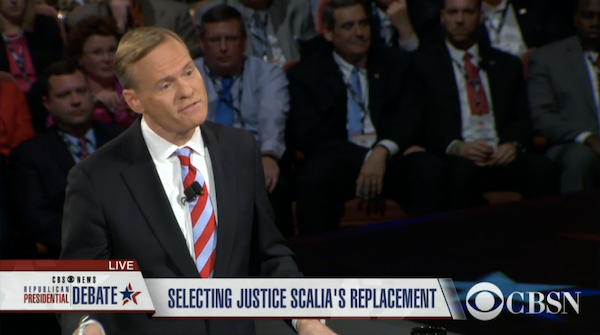 The candidates began Saturday night discussing whether President Obama should nominate someone to replace the late Supreme Court Justice Antonin Scalia. Ted Cruz said that justices have not been appointed during election years for the past 80 years, to which CBS News moderator John Dickerson replied: What about Anthony Kennedy, who was confirmed in early 1988?

Cruz, visibly rattled, paused. Then he pushed back, pointing out that President Ronald Reagan nominated Kennedy in 1987.

A little bashful, Dickerson added: “I just want to get the facts straight for the audience.”