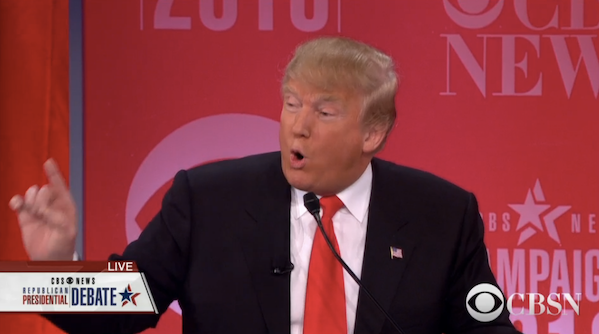 Trump attacks the crowd, and the crowd loves it.

The Donald was booed multiple times tonight in South Carolina, first for viciously attacking Jeb Bush, as is his custom, and then for lashing out at the audience for their disapproval. Another round of booing came when Trump slammed former presidential hopeful Lindsay Graham in his home state.

Trump decided the crowd’s anger was a sign they were linked with the Bush campaign, calling them “lobbyists.”

This is one of Trump’s signature moves, even if it looks bizarre to see a candidate openly heckling a crowd of potential voters. He wants to demonstrate that nobody owns him—not lobbyists, not special interest groups, not even voters.

After another blast of hissing from the audience, Trump said: “I’m a self-funder. I don’t have anyone, I have my wife and I have my son.”