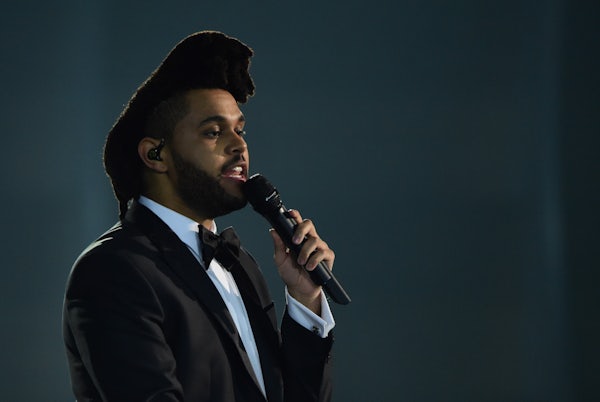 The Grammys are off to a slow start.

Literally. Every performance has been in the 60 beats per minute range, as every performer has opted to sing a slow-burning ballad. Taylor’s opening performance was the closest we’ve come to a banger, and she sang it from inside a copy of Wuthering Heights. The performances that followed were much (much!) slower: Sam Hunt and Carrie Underwood literally sat down for most of their number, then Andra Day and Elle Goulding sang... something. I rested my eyes for that one.

But the lowlight of tonight’s performance was the Weeknd’s charisma-free medley of his hits that felt like it lasted a million years and ended with a metaphor for the gap between Hollywood and the rest of the world: He got a standing ovation while everyone else on the planet groaned.

Thankfully, Ariana Grande introduced him with a pun that was so awful it became good again. Puns (even bad ones) > the Weeknd. (More like the Weaknd lol.)

At this rate, I’m looking forward to the tribute to Glenn Frey, because they’re almost certainly going to play “Take it Easy,” which is at least kind of fast? God help us all.