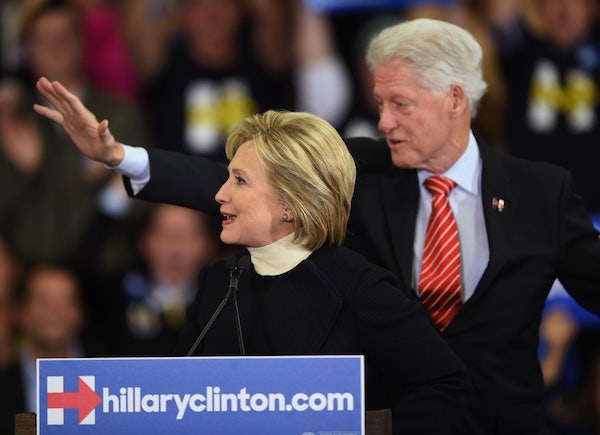 Clinton’s fabled political instincts seem to vanish whenever he campaigns on behalf of his wife. This was certainly evident in 2008, when he famously derailed Hillary Clinton’s campaign in a series of ill-advised attacks on Barack Obama (notably calling Obama’s campaign a “fairy tale” and comparing him to Jesse Jackson).

Bill Clinton has done it again, with remarks comparing Bernie Sanders’s campaign to the Tea Party. “It’s not altogether mysterious that there are a lot of people that say, well, the Republican Party rewarded the Tea Party. They just tell people what they want to hear, move them to the right and we’ll be rewarded–except they didn’t get anything done. Then, that’s going on now in our party,” the former president said.

Leaving aside the dubious analytical accuracy of these remarks, on a political level they are self-defeating. Hillary Clinton needs to win over Sanders supporters now and keep them in the Democratic coalition in November. Insulting them by comparisons to a right-wing faction most Democrats hate is the wrong message.

One could speculate as to why Bill Clinton has a tendency to go off message when campaigning for his wife. The most plausible explanation is that when it comes to Hillary Clinton, his passion clouds his judgement. Be that as it may, Bill Clinton is a turning into a liability for his wife’s campaign. The Big Dog needs a short leash.