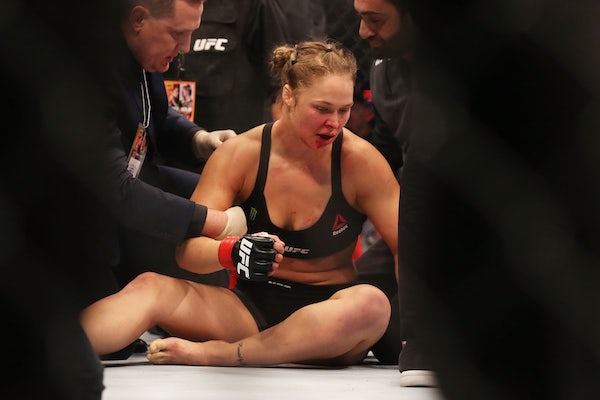 Six months ago, Rousey was the single most dominant athlete in his or her sport. The female MMA fighter hadn’t lost a single match, often demolishing any opponent who dared step into the cage with her in a matter of seconds. So when fighter Holly Holm in November landed a kick to the side of Rousey’s head and shattered the myth of her invincibility, she lost more than just a fight.

“In the medical room, I was down in the corner, and I was like, ‘What am I anymore if I’m not this?’ I was literally sitting there and thinking about killing myself in that exact second,” said an emotional Rousey during an interview with Ellen Degeneres. “I’m nothing. What do I do anymore? No one gives a shit about me anymore without this.”

She may have been down, but she’s not out. Rousey is planning to return to the sport later this year with an eye on a rematch.