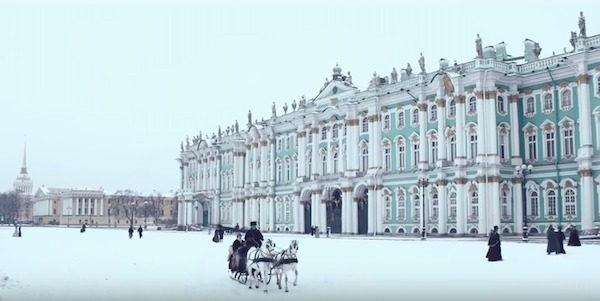 It took 130 years, but War and Peace just hit the bestseller list for the first time.

The Guardian reports that the recent BBC adaption of Leo Tolstoy’s sweeping classic has sent the book rocketing to the top 50 in British book sales for the first time.

The book was first published in English 130 years ago last month in a hackneyed translation from a French translation of the original Russian, prompting one New York Times reviewer to grouse about “the double mistranslation to which it has been subjected.”

Its length has perturbed readers for years. At well over 1,400 pages, War and Peace is one of the longest novels ever written. According to YouGov, 4 percent of Brits have made it through the tome. A recent BBC study found that War and Peace placed in the top five works of fiction people are most likely to lie about having read.

But this miniseries, which aired in the United States on A&E, Lifetime, and the History Channel this month, seems to have piqued some interest. In Britain, almost six million viewers tuned in to watch Russian nobles fall in love, attend glittering balls, and fritter away their money and estates, all while Napoleon marched on Moscow.

The miniseries, all eight hours of it, is really good television. Written by Andrew Davies, the wordsmith responsible for the renowned 1995 adaption of Pride and Prejudice with Colin Firth, it brings the Russian aristocracy to life in vivid detail.