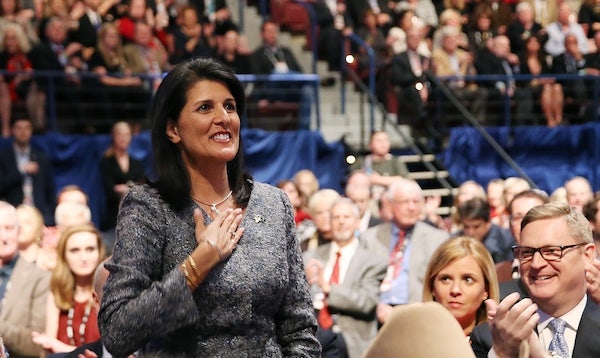 Donald Trump has a commanding lead in the polls, but a strong second-place finish in the state could be a huge boost for any Republican candidate. On Wednesday night, Gov. Nikki Haley will announce her support for Rubio at a campaign event in Chapin, according to a report in The State.

It’s a big endorsement for Rubio, who currently sits in third place in the most recent polls out of South Carolina, behind Trump and Ted Cruz. But it’s an even bigger body blow to Jeb Bush, who helped Haley raise money during her reelection in 2014 and has been actively campaigning for her endorsement for weeks. He currently sits fifth in a six-man race.

Haley is one of the most popular governors in the country, and her name has been floated as a strong contender for the vice presidential nomination.