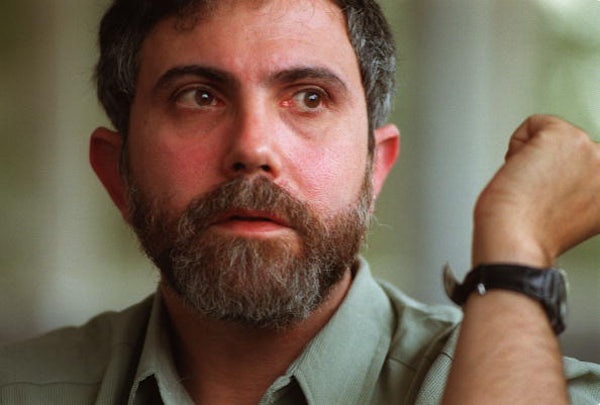 That’s a particularly damning insult among liberals, who pride themselves on being on the side of reason, evidence, and general wonkishness. Krugman’s dis came on the heels of an open letter released today by four big-wig liberal economists—all of whom either served in the Obama or Clinton administrations—claiming that “no credible economic research” shows that Sanders’s spending-heavy economic plan will result in the huge gains outlined in a paper endorsed by his policy director.

The paper, conducted by economist Gerald Friedman, predicts GDP growth of over 5 percent and an unemployment rate of under 4 percent in a Sanders administration. As Krugman notes, liberals have laughed at Jeb Bush for claiming he could produce 4 percent growth.

One of the signatories of the letter, Austan Goolsbee, has also taken Sanders to task for claiming that revenue under his single-payer health plan would match the projected addition, by critics’ estimates, of some $2 trillion to $3 trillion to the deficit every year. He told the Times that Sanders’s “puppies and rainbows” agenda had “evolved into magic flying puppies with winning Lotto tickets tied to their collars.” Other doubters include the respected economist (and blogger) Jared Bernstein, who said Friedman’s paper contains a lot of “wishful thinking.”