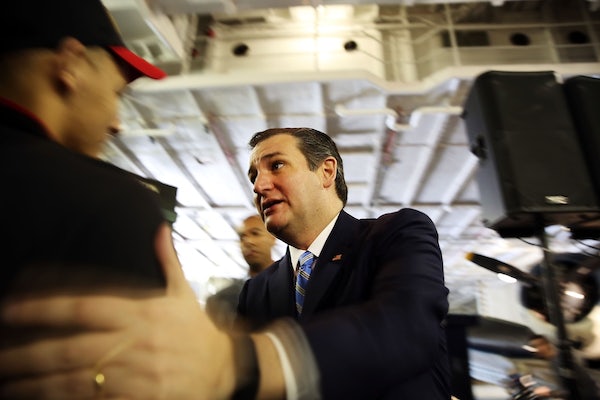 Donald Trump has been dethroned.*

Trump has led in the national Republican primary polls almost uninterrupted since he announced his candidacy last year. But on Wednesday, a new national poll from NBC News and the Wall Street Journal finds that Senator Ted Cruz, who won the Iowa caucuses and has been polling well in other early primary states, has overtaken the real estate mogul by a 28 percent to 26 percent margin.

Trump fell seven points since the last poll was published a month ago, and Cruz jumped up 8 points. Cruz immediately seized on the numbers, sharing them with a crowd of supporters during a campaign stop in South Carolina, where Trump still holds a commanding lead in the primary.

It marks the first time a candidate other than Donald Trump was atop the polls since Ben Carson momentarily held the lead back in late October and early November. Trump upped his attacks on Carson, and within days Carson’s campaign had nearly collapsed. Cruz isn’t likely to wither as easily.