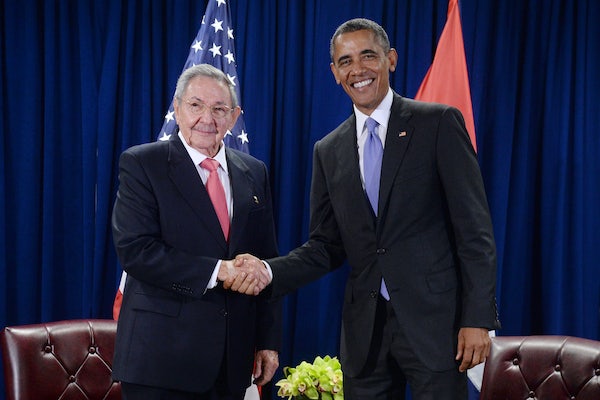 In a matter of weeks, President Barack Obama will become the first U.S. president to visit the Caribbean island nation since Calvin Coolidge 88 years ago. In a Medium post on Thursday explaining the decision, deputy national security adviser Ben Rhodes argued that America’s Cold War–era policy of isolating the communist country had failed—that we ended up isolating ourselves instead.

“Cuba’s political system did not change,” he wrote. “The United States was isolated within our own hemisphere — and in the wider world — which disagreed with our approach.”

There’s no mention in the post of Guantanamo Bay, where 91 detainees remain. Will Obama visit the camp, which he vowed to close as president? He faces a February 23 deadline to release his plan, which is expected to take the Pentagon’s recommendation to bring the detainees to the U.S.