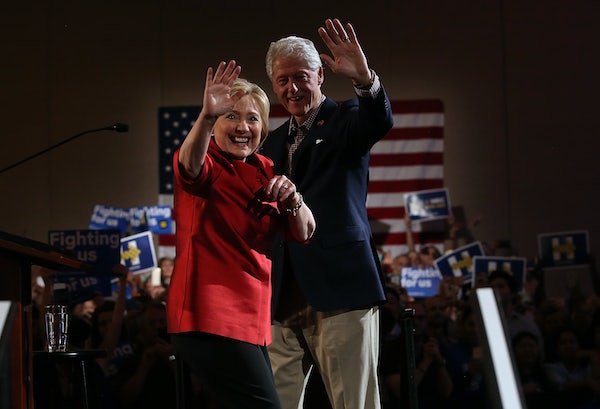 Hillary Clinton and Bernie Sanders are pivoting to Super Tuesday.

Yes, the South Carolina Democratic primary is being held a week from today. But you wouldn’t know it from the two speeches given by the candidates after today’s Nevada Caucuses. Instead, you saw them both address a national audience and look ahead to Super Tuesday on March 1.

In her speech, Clinton sounded more confident than she has since maybe October, when she led Sanders nationally by double digits. In many ways, it felt like Clinton was on the other side of the primary process, sounding like herself, just somewhat more to the left. She nodded to Sanders’s base by addressing student debt, mass incarceration, and forced deportations, and calling for a Supreme Court nominee who will take on the power of corporations. But she also reached out to independent voters and delivered a pro-business message, saying corporations who create jobs and play by the rules are just fine with her.

For his part, Sanders talked a great deal about momentum, essentially arguing that even though he lost today, time was on his side because he was building a coalition to take on the establishment. In other words, even though he lost, he’s still electable.