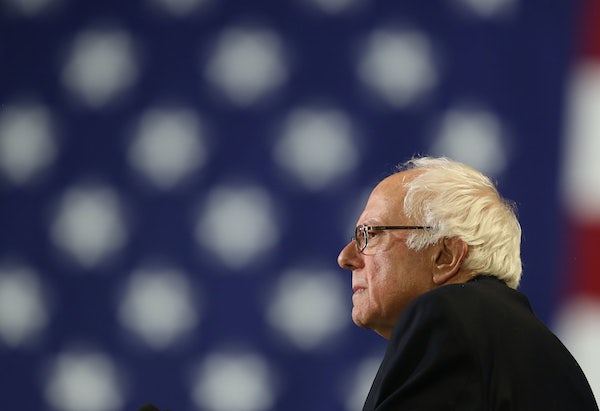 Is it all over for Bernie?

By February of 2008, when Hillary Clinton had finally found her footing in the Democratic primary and was running virtually neck-and-neck with Barack Obama, the Obama campaign was saying it was too late, citing the delegate math. David Plouffe asserted that Clinton “simply [doesn’t] have any avenue to the nomination.”

The Sanders campaign already finds itself in a similar situation. The Times reports this morning that Clinton’s lead in the delegate count is daunting enough that she could effectively end the race by performing well in delegate-rich contests on Super Tuesday, as she is expected to do. And Plouffe is back to make the case:

“It is likely Sanders would have to win by double digits, if not by 20 points, in Pennsylvania, New Jersey, and California to begin to crawl out of what seems like a small but, in fact, is a deep and persistent hole” in the delegate count, said Mr. Plouffe, who is supporting Mrs. Clinton.

Of course, Clinton’s early delegate lead has been padded by support from super-delegates. Which makes you wonder if Sanders really ever had a shot to begin with.