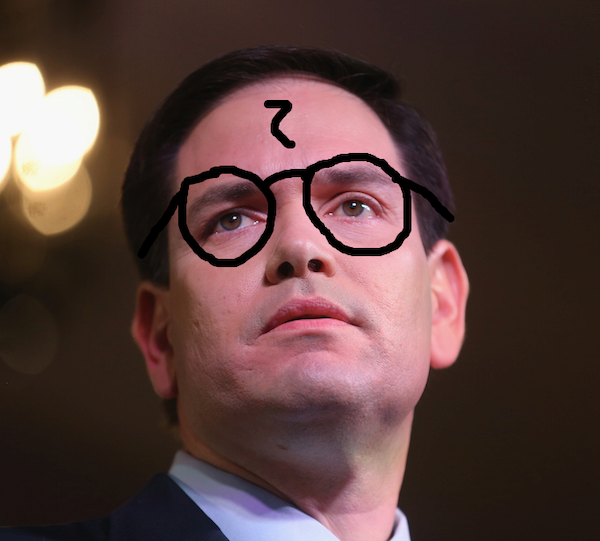 Marco Rubio is no Harry Potter.

According to the Tampa Bay Times, a super PAC supporting Rubio sent an email out to supporters comparing their boy hero to the boy hero of the Harry Potter books, Harry Potter:

Donald Trump has a solid claim on one-third of the Republican vote. He has virtually no claim on the other two-thirds. The data consistently and overwhelmingly shows Trump with the highest unfavorables among the remaining candidates, and that he is the last choice of more voters than any other Republican by far. That means Trump’s support will grow very little as the field continues to narrow. His 33% is formidable when the field is large; it isn’t when the field is small. Trump won a victory in South Carolina, but the field shrank once again. Like Voldemort’s horcruxes, the large candidate field shields Trump from harm. At each step of the primary process, Trump is losing his shields, and that is making him more vulnerable.

That’s not really how horcruxes work but I guess this means John Kasich is actually a piece of Donald Trump’s soul? For sure, man.