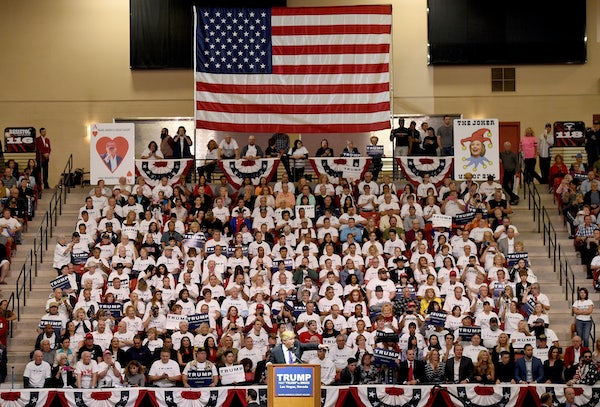 As we head into the Nevada caucuses, no one is going after Donald Trump.

It’s the latest sign that the Republican Party, as Brian Beutler writes today, is in denial about its Trump problem. The fight for Nevada has been dominated by a tiff between Marco Rubio and Ted Cruz over an attempted smear of Rubio by Rick Tyler, a Cruz flack who once semi-famously wrote an aria to Newt Gingrich.

As we barrel toward the fourth contest of the primary season, one that uses an election format that has proven to be Trump’s undoing in the past, the Republican Party still seems primarily concerned with who will finish in second place. “Trump is still the guy to beat in Nevada, but I see this being a good test between Rubio and Cruz,” Robert List, a former governor of Nevada, told the Times.

Barring a Trump defeat, the Nevada caucuses will presumably help determine who is best equipped to take Trump on in a two-man race: Cruz, with his deep support among hard-core conservatives, or Rubio, with his shallow support among a range of Republican groups. But if the results tonight prove inconclusive and they continue to go after each other, the chances only increase that Trump will run away with this thing.