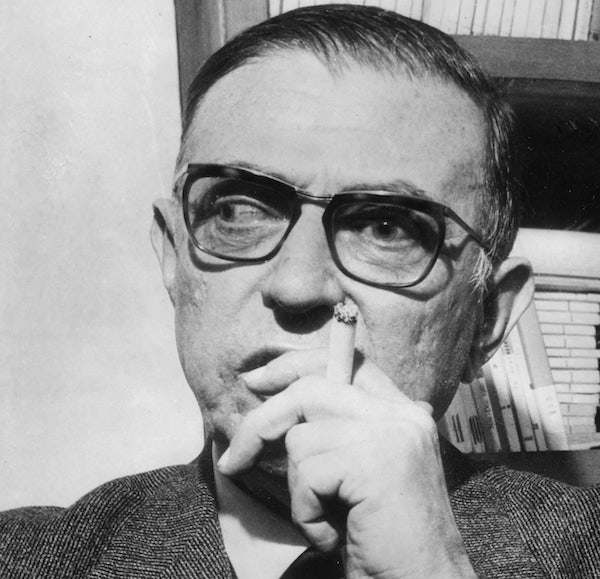 The differences between Sartre and Camus boil down to a fight over a woman.

Sartre persuaded the austerely beautiful de Beauvoir to fall for him. The only problem was that Camus was better looking, a matinée idol on the Left Bank and a Resistance hero to boot. For all her talk of “embodied cognition,” Bakewell omits the origin of the conflict between Sartre and Camus, and the only time that Sartre openly admitted to being jealous. Had Sartre not spent three years wooing and finally winning the would-be actress Wanda Kosakiewicz? Even when he finally lured her to a hotel in the south of France, she rushed to the bathroom and promptly threw up. She came round in the end. But then Camus turned up on the boulevard in 1943 and within days, or possibly hours, he slept with her. Sartre never forgave him. Philosophers are rarely philosophical.

To compensate, Martin writes, Sartre was given to asserting that he was “more intelligent” than Camus. And we all know what they say about guys with bigger brains. (h/t Arts & Letters Daily)