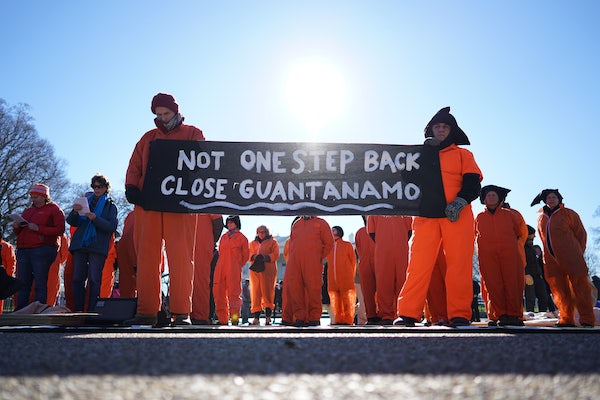 President Obama is finally unveiling a plan to close Guantanamo.

When he was campaigning for president in 2008, Obama said that closing Guantanamo would be one of the top priorities if his first 100 days in office. Eight years later, after being thwarted by Congress and taken up with other priorities, he will submit a plan to close the detention center.

The plan has been bandied about for months. Most of the detainees will be sent to foreign countries; those deemed too dangerous to be released will be sent to facilities in the United States. The White House is reported to be considering thirteen locations.

Although Obama has been unable to close the facility—and it hasn’t always seemed like a priority for his administration to do so—he has reduced the number of inmates being held in it. Ninety-one prisoners are currently being held in Guantanamo, which held nearly 700 at its peak.

Of course, this a Congress that has vowed not to approve any Supreme Court nominee sent to it by the administration. Speaker of the House Paul Ryan has vowed to do what this Congress does best, obstruct: “What we will do, whenever he does one of these actions, is take the best way forward we can come up with to get the best result, which is to stop him from doing it.”