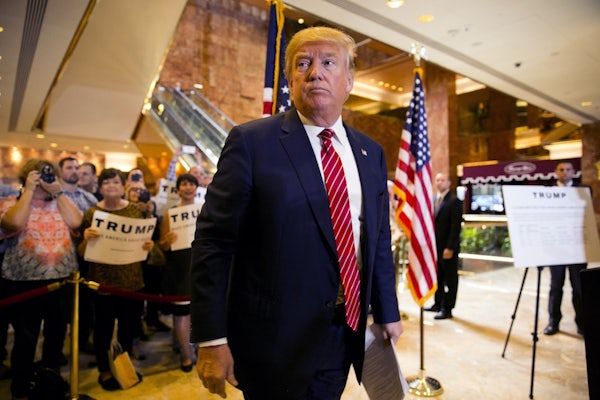 On the campaign trail, Trump fancies himself a prince of New York, someone whose calls are immediately returned, who rubs elbows with power brokers and decision makers, who pulls the strings in City Hall.

The New York Times is out with a story today questioning Donald Trump’s actual sphere of influence in the Big Apple, concluding that whatever clout he once enjoyed some 30 years ago has evaporated.

The Times spoke to financiers who are hesitant to lend his companies money after witnessing several past investments wither into bankruptcy; contractors who say they were dramatically underpaid for projects at Trump properties; and politicians who argue that Trump’s name is far more prevalent in the city than the man it belongs to.

Most importantly, the Times spoke with Trump himself, who didn’t do much to dispel the idea that the Trump brand, such as it is, has fallen on hard times in the city his father helped to build. When the paper pointed out that one of his highest-profile ownership stakes in the city was a parking garage, he responded in the most Trumpian way imaginable: “It’s a very successful garage.”