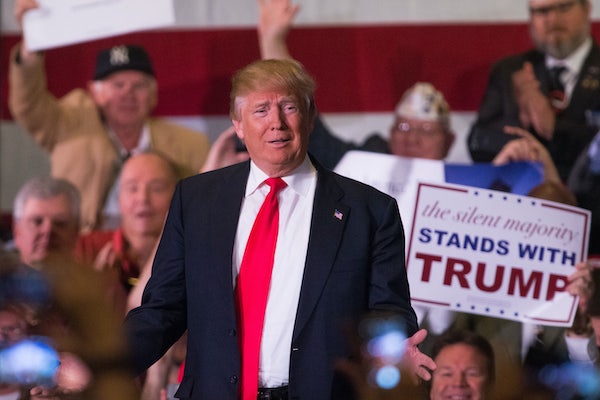 CNN, NBC, and the Associated Press have called Nevada for Trump.

As it has been throughout this Republican primary season, turnout was high, even higher than expected. But Nevada seemed ill-prepared and the voting process was messy and there were many reports of irregularities circulating on Twitter shortly after the contest began.

We’ll almost certainly be hearing more about those irregularities, especially from the Rubio and Cruz camps, but Trump has won his third primary contest in a row. Entrance polls should be taken with a grain of salt (remember when Bernie won the Latino vote in Nevada over the weekend?) but it looks like Trump got a very favorable electorate. While he struggles with undecided voters, Trump voters often harden their support for their man weeks or even months before voting; entrance polls suggested that nearly 70 percent of the electorate had made up their mind long before the election. Donald Trump will go into Super Tuesday, where he is expected to win several states, with a commanding lead.