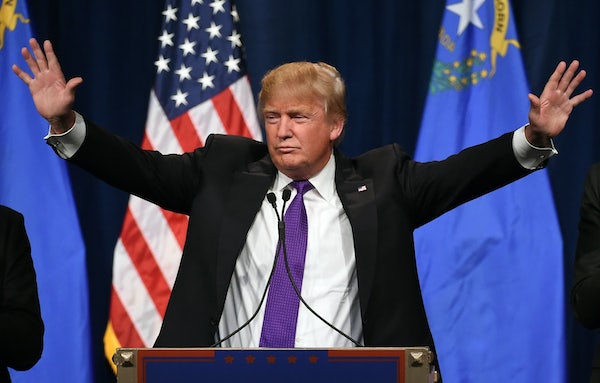 The GOP has to do something about Donald Trump.

The question is, what? Unlike his rivals, he has a clear path to the nomination. The delegate math is starting to look formidable. He got nearly 50 percent of the vote in Nevada and is winning votes from across the conservative spectrum, which means that even if Ted Cruz or Marco Rubio were to drop out, there is no guarantee their respective voters would unify against Trump.

The GOP is facing the prospect of a historically calamitous general election. The question is whether the party does something about it now or after the fact. It can pull out the stops, i.e. unify behind a candidate, unleash a barrage of corporate-funded attacks on Trump, and, if all that doesn’t work, hold a brokered convention. This would in itself be a disaster, alienating all of Trump’s voters, who, as he likes to remind us, are very loyal. But the GOP could at least begin taking back its party.

Or it could allow Trump to fester, in 2016 and beyond, hoping that a massive defeat will convince Republican voters to see the error of their ways. The main problem with this strategy is that the party tried it before, following Mitt Romney’s defeat in 2012. And here we are.