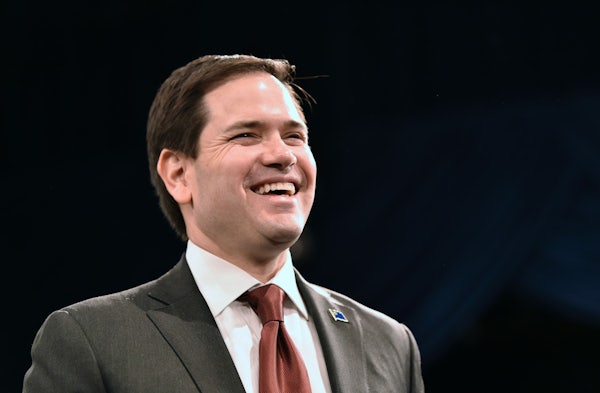 Marco Rubio is in exquisite denial.

He finished 22 percentage points behind Donald Trump in the Nevada caucuses, beating Ted Cruz to a second-place finish by a hair. And still, he is refraining from attacking Trump, while holding to the line that “a majority of Republican voters in this country do not want Donald Trump to be” the party’s nominee.

If we grant Rubio the premise of the latter, it still doesn’t solve his problem, which is also the Republican Party’s problem. The field is splintered, and he is running out of time to unsplinter it. As Ross Douthat points out:

Amazingly, Byron York reports that Rubio’s backers feel they have until March 15, a full two weeks after Super Tuesday, to winnow the field. This doesn’t even address the fact that there’s no guarantee that, if all those other candidates drop out, their supporters will back Rubio. Maybe, just maybe, the strategy should be to, I don’t know, ATTACK TRUMP.