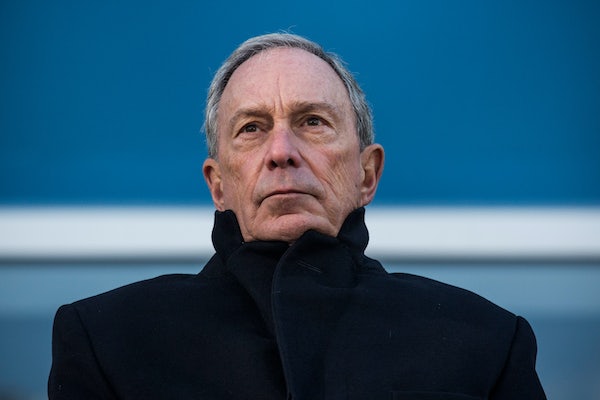 Who does Michael Bloomberg think he is?

Once Donald Trump and Bernie Sanders began surging in the polls, the former New York City mayor began very seriously considering a run for president. His thinking seemed to be that, if both parties were to nominate candidates so far from the political center, then the American people would demand a moderate candidate. A moderate candidate like Michael Bloomberg, a billionaire who tried to ban soda.

But it turns out that, surprise, Bloomberg may not be a flag for disaffected Republicans and disaffected Democrats to rally around. Per AP polling:

Just 7 percent of registered voters say they’d definitely vote for him, while 29 percent say they’d consider it, according to a new Associated Press-GfK poll....

Six in 10 Democrats and Republicans alike say they would not consider voting for Bloomberg in a general election, according to the poll. The total saying they wouldn’t vote for him is the highest level for any candidate in the field.

Bloomberg always seemed like a theoretical candidate—someone who appealed to an imaginary, bipartisan swath of the population who would only vote for a milquetoast establishment politician. Those voters don’t exist, however, which means that Michael Bloomberg would have to appeal to real voters and real voters do not want to vote for Michael Bloomberg.