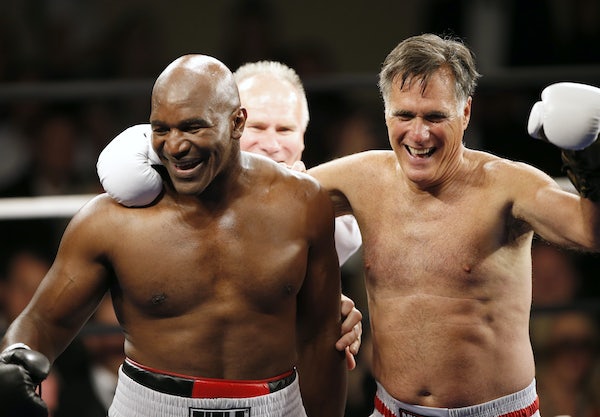 The former presidential candidate made the claim on Fox News on Wednesday, telling Neil Cavuto:

“We have good reason to believe that there’s a bombshell in Donald Trump’s taxes. I think there’s something there, either he’s not anywhere near as wealthy as he says he is, or he hasn’t been paying the kinds of taxes we would expect him to pay, or perhaps he hasn’t been giving money to the vets or to the disabled like he’s been telling us he’s been doing.”

Romney didn’t produce a shred of evidence to support any of those allegations, but then again neither did Harry Reid when he claimed in 2012 that Romney hadn’t paid taxes in 10 years.

The ironies don’t stop there. There’s still a lot we don’t know about Romney’s tax returns, despite repeated calls in 2012 for him to be more forthcoming. Also, before he was dinging Trump on his taxes, Romney was angling for his endorsement.