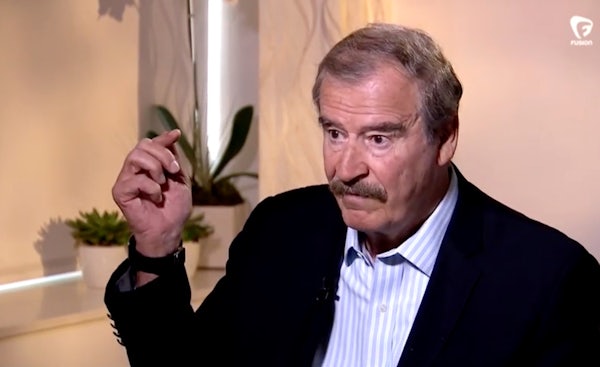 The cherry on top of Trump’s racist proposal for a border fence has been that as president, he would somehow force the Mexican government to pay for its construction.

This makes no sense to anyone who thinks about it for more than five seconds, including former Mexican President Vicente Fox, who sat for an interview with Fusion’s Jorge Ramos on Thursday.

“I’m not going to pay for that fucking wall!” he said. “He should pay for it. He’s got the money.”

Fox’s comments echo what current President Felipe Calderon said about Trump’s proposal earlier this month. “We are not going to pay any single cent for such a stupid wall!” he told CNBC.