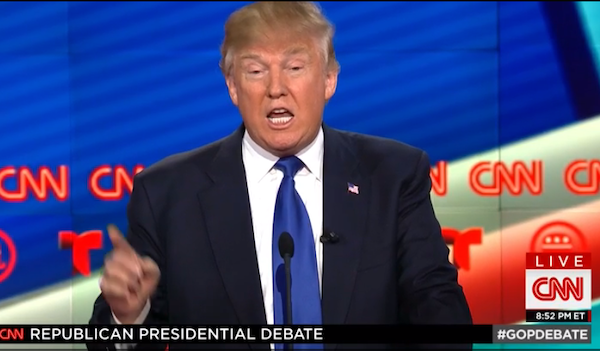 Why is Donald Trump obsessed with shame?

It kept coming up at tonight’s Republican debate. About Ted Cruz, Trump said, “He ought to be ashamed of himself.” Then Trump used the same words for former Mexican President Vicente Fox, who this week said he would not pay for Trump’s “fucking wall.” Trump said, “This guy used a filthy, disgusting word on television, and he should be ashamed of himself.” The irony here is that Trump himself has sworn on television often, saying he would “bomb the shit” out of ISIS, for example.

This speaks to why shame is so important to Trump. Trump is setting himself up as a strongman, beyond good and evil. His enemies, whether Fox or Cruz, are mere mortals who can be constrained by shame, unlike Trump. Shame, as opposed to guilt, is social. Shame is acknowledging the rules of the community, whereas guilt is an internal prick of conscience. Trump, who has said he has never asked God for forgiveness, is the superman who lives beyond guilt or shame.