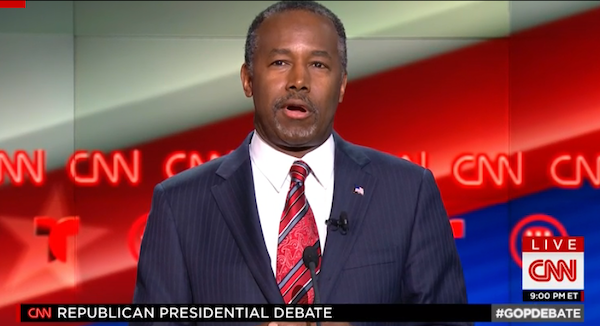 Here are all the weird things Ben Carson said at tonight’s GOP debate.

Carson has not spoken much during tonight’s debate, sequestered as he is at the end of the stage. But he’s made the most of what little time he’s had.