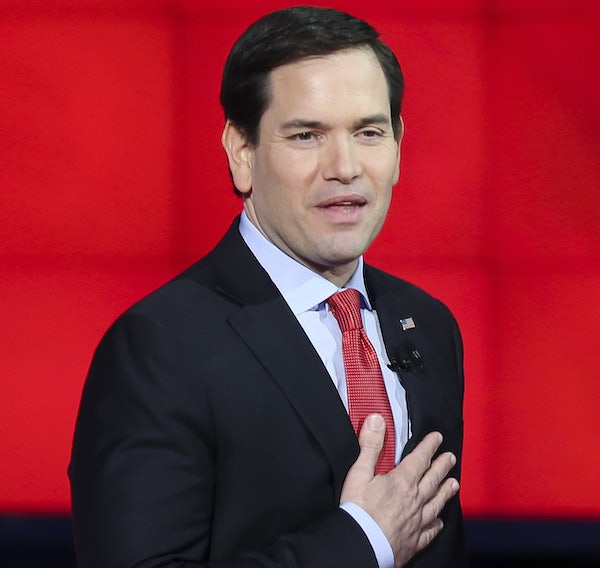 Everyone is going to say Marco Rubio won this debate.

He took the fight to Trump. And he sidelined Ted Cruz, making this look like a two man race, not a three (or five, I guess) man race. This was a big narrative win for Rubio, insofar as donors and the media are concerned.

But will it mean anything beyond that? It’s possible that his performance will check Trump’s momentum, but Trump’s support, as many polls have shown, has largely calcified: Many of Trump’s many, many supporters decided to vote for him long ago. And in terms of policy, Rubio and Cruz both spent most of their energy attacking Trump from the right, which doesn’t touch his greatest strength as a candidate.

While it’s true that Trump didn’t have a great debate performance, it’s also true that he rarely does. He doesn’t have to: His rallies are treated as national events, and he’s miles ahead of his opponents as a campaigner. And you better believe he’s going to start unloading on Rubio tomorrow, on Twitter and on the stump. His allies are already starting: