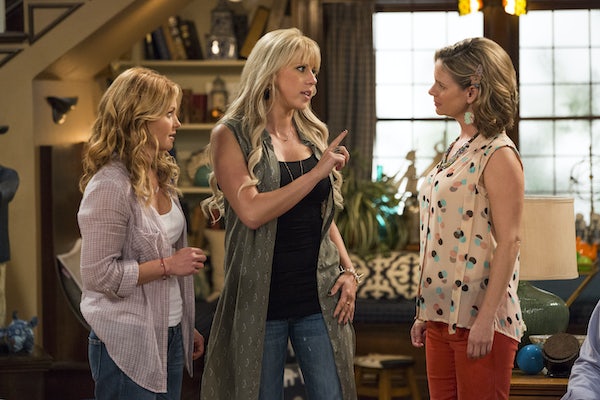 I’m not going to tell you that the TGIF sequel, released on Netflix today, is good; I do have some pride. Like its predecessor, Fuller House is cloying and juvenile. The jokes are obvious and the audience laughter is prolonged. There are more one-liners about Kimmy Gibbler’s sex life and Stephanie Tanner’s breasts than anyone should be comfortable with. And for some inexplicable reason, Macy Gray shows up in episode three.

And yet. The show’s mixture of Disney-Channel affability and bland goodwill sometimes works, as long as your expectations are sufficiently lowered. Fuller House essentially flips the original’s premise: instead of two men moving in with their friend/brother-in-law to help him raise three daughters, the spin-off gives us D.J., Stephanie, and Kimmy Gibbler living in that same house to help raise D.J.’s three sons and Kimmy’s daughter. Lessons are learned, violin strings are plucked, dance routines are performed to the music of New Kids on the Block. No, it’s not good. But it’s a little bit better than it had to be.