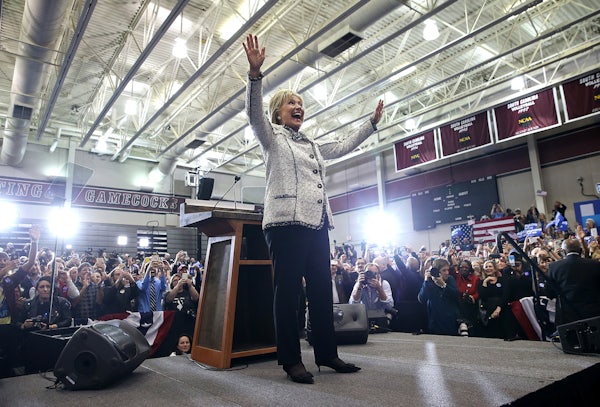 Hillary Clinton did better among black voters than Barack Obama did in 2008.

CNN’s exit polls have Clinton winning 87 percent of the black vote. That’s significantly higher than the 78 percent won by Barack Obama in 2008, when he defeated Clinton by 55 percent to 26 percent. Black voters also made up 61 percent of the total electorate tonight, a higher percentage than in 2008.