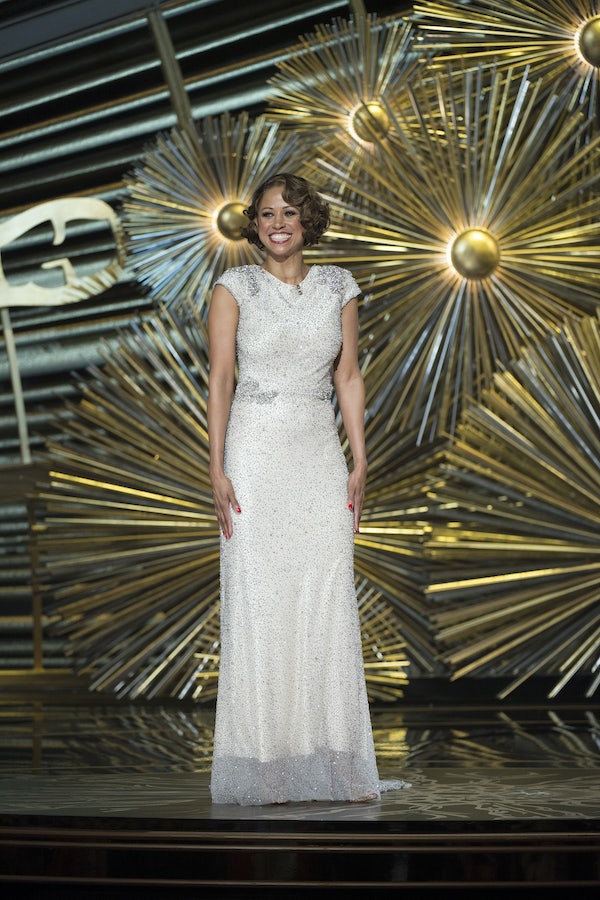 Dash’s appearance at tonight’s Oscars probably elicited some googling from confused viewers at home—luckily, the Clueless actress is totally on top of her SEO.

“Who is Stacey Dash and why did she just walk across the #Oscar stage?” is the utilitarian headline Dash gave the blog post she published shortly after she left the stage. In it, Dash introduces herself, reminds us that she spells Stacey with an “e,” and lets us all know she has a book coming out AVAILABLE FOR PRE-ORDER.

I spoke out against Black History Month. ( Why should there be such a thing? Haven’t we had more than just one month’s worth of accomplishments? Here my thoughts HERE.) Plus, I spoke out against the #OscarsSoWhite controversy HERE. My take? We need to stop complaining about white people oppressing us, we shouldn’t boycott the Oscars, and we need to support Chris Rock the host.

Which brings me to the joke. When they added ME to increase the diversity, I’m sure many black people rolled their eyes. I’m not “black enough,” they say. But guess what? I’ve heard that all my life. I would rather be a free thinking, black than a cookie cutter black who thinks – and votes – just like all my friends.

Now I’m pretty sure Stacey Dash does not understand the joke.