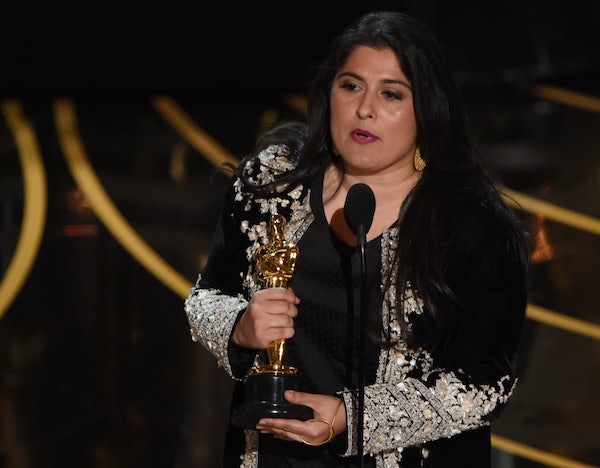 Sharmeen Obaid-Chinoy, the Oscar-winning director of A Girl in the River: The Price of Forgiveness, has had quite a week.

Obaid-Chinoy just won an Oscar for her documentary short, which is about a young Pakistani woman who survived an attempted “honor killing.” According to The New York Times, the film follows “a teenage girl in Pakistan, who fell in love with and married a man thereby defying family orders to enter an arranged marriage. Her father and uncle drove her to a river’s edge, beat her, shot her in the head, stuffed her into a sack, and dumped her body into the water. Only Saba didn’t die. She managed to free herself from the bag and make it back to land. The film also follows her quest for justice.”

While Obaid-Chinoy’s Oscar win is undoubtedly a highlight, it’s still probably only the second biggest thing that’s happened to her this week. Six days ago, Pakistani Prime Minister Nawaz Sharif vowed to change the country’s laws to try to stop the practice of “honor killings” after seeing her movie.