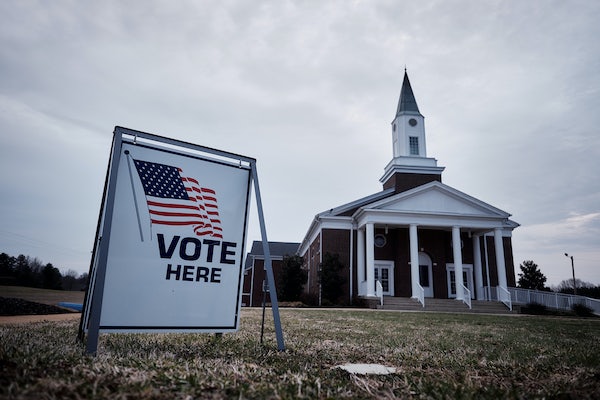 The Christian Post pleas with Evangelicals, for the love of God, to not vote for Trump.

The Christian news and culture site became the latest in an increasingly long line of Evangelical figures and institutions to warn Evangelical voters against casting their votes for the Donald. The move was unprecedented for the site, which has not taken a position on a specific candidate since its launch in 2004. In an editor’s note at the top of the editorial, the Post explained, “We are making an exception because Trump is exceptionally bad and claims to speak for and represent the interests of Evangelicals.”

In the essay, the Post cautioned Evangelicals that,“Trump, an admirer of Vladimir Putin and other dictatorial leaders, may claim to be your friend and protector now, but ... he will turn on you, and use whatever power is within his means to punish you.” The editorial also pointed out the roster of other Evangelicals who have come out against Trump, including “Matt Barber, Dr. Michael Brown, Kristi Burton Brown, Susan Stamper Brown, Rev. Mark Creech, Wallace Henley, E.W. Jackson, Max Lucado, Dr. Russell Moore, and Rep. Reid Ribble.”

After winning surprising numbers of Evangelicals in South Carolina and Nevada, where opponents like Ted Cruz had staked their bets on those very religious voters, Trump will again look to Evangelicals to deliver him victories in several of today’s Southern states. If he does as well today with Evangelicals as he has before, it will be strong evidence that neither the GOP nor Evangelical leaders have much control left over their base’s voting decisions.