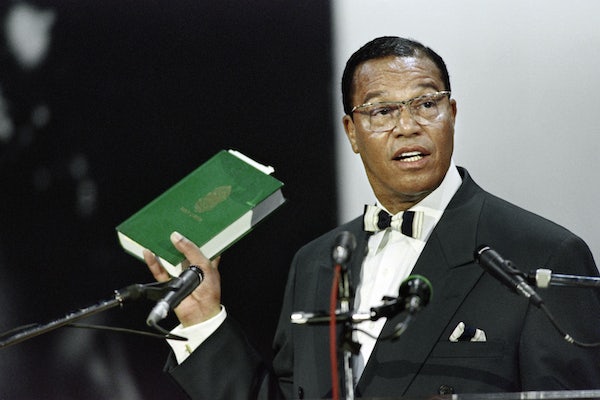 Part of the argument for Trump is that his unorthodox politics will bring into the Republican fold new people, such as the white working class. Nation of Islam leader Louis Farrakhan provided proof of this idea by speaking enthusiastically about Trump this week.

A notorious anti-Semite, Farrakhan in a recent sermon praised Trump as “the only mem­ber who has stood in front of Jew­ish com­mu­nity, and said I don’t want your money. Any time a man can say to those who con­trol the pol­i­tics of Amer­ica, ‘I don’t want your money,’ that means you can’t con­trol me. And they can­not afford to give up con­trol of the pres­i­dents of the United States.” Elsewhere in the sermon, Farrakhan claimed that Jews (or the “synagogue of Satan”) controlled the American government.

To be sure, Farrakhan stopped short of a full endorsement, saying, “Not that I’m for Mr. Trump, but I like what I’m look­ing at.”

With a coalition that could stretch from David Duke to Louis Farrakhan, Trump is in a position to truly remake the Republican Party.