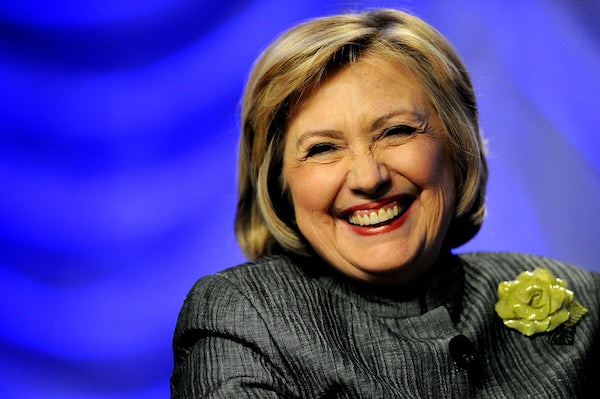 Inside Hillary Clinton’s “hate and castrate” plan to take on Donald Trump.

The quote comes from David Plouffe, summing up to The New York Times how the Clinton campaign will approach Trump should he become the Republican nominee. The idea is to blitz Trump with planeloads of opposition research that Republicans have, for the most part, declined to deploy. It sounds like a pretty solid plan, and it gets even more intriguing when you consider who will be doing the bombing:

That strategy is beginning to take shape, with groups that support Mrs. Clinton preparing to script and test ads that would portray Mr. Trump as a misogynist and an enemy to the working class whose brash temper would put the nation and the world in grave danger. The plan is for those themes to be amplified later by two prominent surrogates: To fight Mr. Trump’s ability to sway the news cycle, Mr. Clinton would not hold back on the stump, and President Obama has told allies he would gleefully portray Mr. Trump as incapable of handling the duties of the Oval Office.

Obama, to date, is the only political figure to successfully humiliate Trump in a public setting. We eagerly await what could end up being his parting gift to the nation.