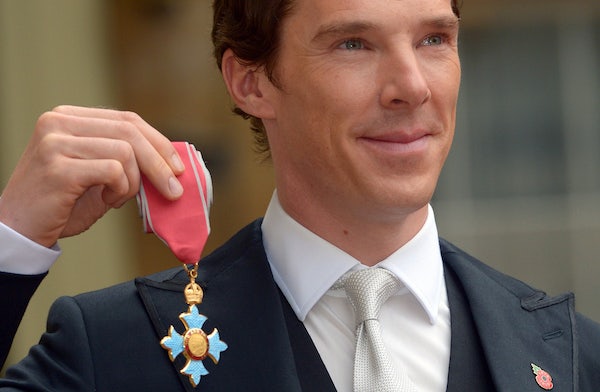 Britain is acting like the 100 Years War never ended.

The British love ranks and medals—honours, if you will. The Distinguished Service Order comes with a nice cross thingy and members of the Order of the Bath get a big sparkly pin with some crowns on it. But now these most patriotic medals will be manufactured in the least British place of all: France.

Arthus-Bertrand, the firm that makes France’s Legion of Honor medal, will now make medals for British film stars and war heroes as well. Conservative members of Parliament are not happy: Colonel Bob Stewart, who himself was awarded a Distinguished Service Order, called it “plain wrong.” In an online poll run by The Telegraph asking, “Is it right that the French are now making British honours?” 84 percent of over 1600 respondents said, “No, it’s an outrage.”

But proclaim it: Britons should be excited about the fact that these medals are being made in France! It could be the first step in reclaiming France for the crown—first make the firm of Arthus-Bertrand pledge fealty to the Queen, then expand out from there. Eventually they should be able to make up for all the land that the Plantagenets lost.