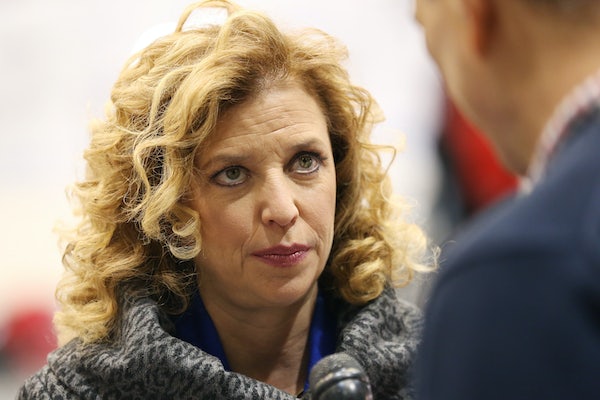 Back when Dodd-Frank mandated the creation of the Consumer Financial Protection Bureau, an agency proposed by Elizabeth Warren with the goal of protecting American families from predatory lending practices, few probably imagined the agency would face pushback from the chair of the Democratic National Committee. And yet, here we are in 2016, in the midst of one of the most bizarre election seasons on record, and Wasserman Schultz, along with several other Floridians in Congress, is challenging the CFPB’s forthcoming payday lending regulations.

According to the bipartisan group opposing the new regulations, the CFPB should take Florida as a model on how to deal with predatory lenders, despite the fact that Florida’s own regulations haven’t exactly solved its payday lending problems. Wasserman Schultz is listed as a co-sponsor on the bill that would stall CFPB’s regulations and give states the opportunity to opt out of them.

Wasserman Schultz has plenty of support in this endeavor, much of it from Republicans, as The Huffington Post’s Zach Carter points out. But Wasserman Schultz, who has received over $30,000 from the payday loan industry, will lend legitimacy to the Democratic minority that supports the bill.

A large, diverse coalition of local, state, and national groups oppose the bill, which they say weakens consumer protections and helps trap citizens in an endless cycle of debt.