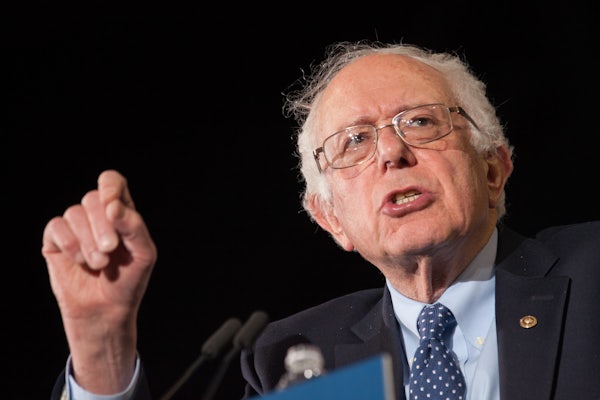 Recent polls show Hillary Clinton up in Massachusetts—a state that is predominately white, generally progressive, borders New Hampshire and Vermont, and voted for McGovern. You’d think that Sanders would have an easy path to victory in a state so blue and white. But Clinton has shored up the establishment endorsements, save for Elizabeth Warren, and has ramped up her advertising.

Sanders has two big problems: independents and turnout. Since January, about 20,000 people have straight up left the Democratic Party, either joining the GOP or registering as “unenrolled” voters, free to vote in either primary today. Those are the people making the choice between Sanders and Trump.

Democratic strategist Mary Anne Marsh says unenrolled voters are torn: “They agree on the problems. But which solution do they want?” She predicts a win for Trump and a tight race for Democrats. And those free floating, Trump/Sanders wildcards could have a major impact on both primaries.