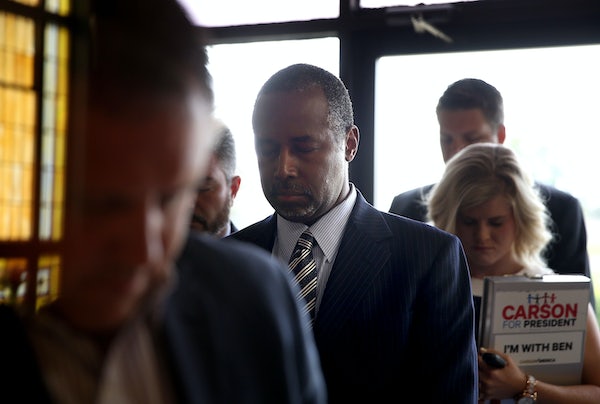 Ben Carson has done the political equivalent of calling a meeting of the five families.

The proposed meeting, to be held with all the remaining candidates in the hours before the Fox News debate scheduled for this Thursday in Detroit, supposedly grew out of Carson’s concern “about the lack of civility currently being displayed in the race for the GOP presidential nomination.”

In the last week, the Republican primary has devolved into an all-out brawl. Marco Rubio has lashed out at Donald Trump for his spray tan (“he should sue whoever did that to his face”) and his (allegedly) little hands (“You know what they say about men with small hands”). The business mogul has called Rubio a “little boy” and a “lightweight.”

The Carson campaign said he would call all four of his remaining rivals personally to request the meeting and urge Republican unity. “I am confident that the five remaining candidates can rise above the sophomoric attacks of past encounters and have a serious discussion about substantive issues and how we will lead out nation forward,” Carson said in the statement.

Carson may be trying to stand out from the Republican field with a more positive, polite message—much like John Kasich did in New Hampshire. But with the Republican candidates constantly clashing on Twitter and insulting each other at their campaign rallies, you have to wonder whether he’ll be successful.