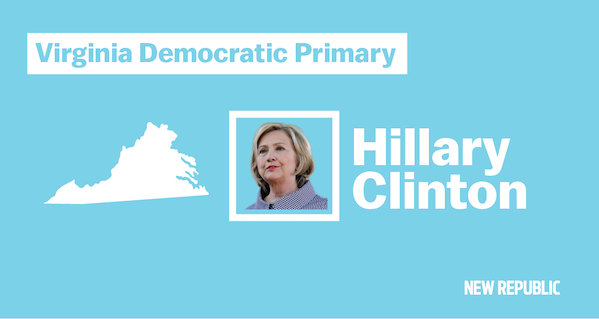 No surprises so far. Clinton, whose sizable advantage among African-American voters has been written about endlessly, carried Virginia and Georgia, two states she lost to Barack Obama in 2008. Sanders, whose only victory in the primary so far came in neighboring New Hampshire, was always the presumed victor in his home state Vermont.

That means that so far, the narrative heading into the night holds. Bernie Sanders has still yet to prove that his revolution can gain traction outside of heavily white enclaves in the Northeast and Midwest. Until that happens, Clinton can still make the better case that she’s the one best poised to consolidate the coalition that propelled Barack Obama to the White House twice.