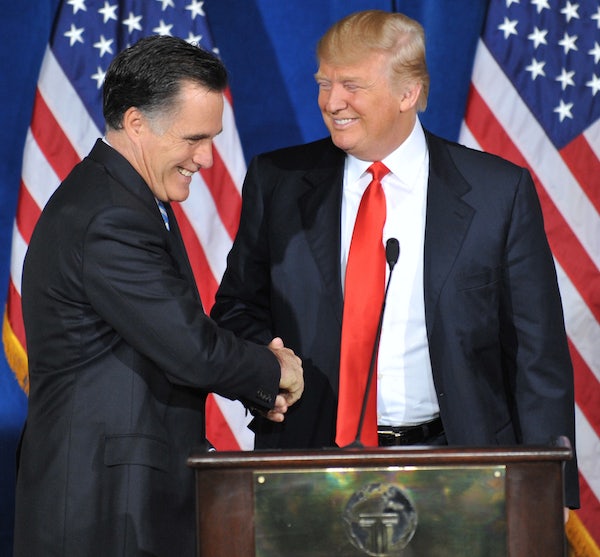 Viewed from a distance, the speech Romney gave today at the Hinckley Institute about Donald Trump was notable and unprecedented: The last Republican presidential nominee devoted 20 minutes to denouncing the current Republican presidential frontrunner. Romney called Trump a “phony” and a “fraud,” and said he “is very very not smart.” He said that Trump was unfit for presidential office—“He has neither the temperament nor the judgment to be president”—and that he would make this country worse, even as a nominee: “If we elect Donald Trump as our nominee, the prospects for a safe and prosperous future are greatly diminished.”

The thrust of Romney’s speech was simple: Trump is an authoritarian who would destroy this country. But the text itself was milquetoast and ineffective. Romney also essentially argued that Hillary Clinton is worse than Trump, which strongly undercut his argument and left room for establishment Republicans to rally around the eventual nominee. And for all his bluster, Romney’s red line boiled down to two things: Trump needs to release his tax returns and the mysterious New York Times transcript. There is no evidence that, were Trump to do either, that his supporters would care.

His case was basically, “We should rally around someone else,” which is what establishment Republicans have been saying to no avail for weeks. This might have been an effective speech if Romney had given it in the fall, but on March 2, when Trump has a commanding delegate lead, it’s just talk.