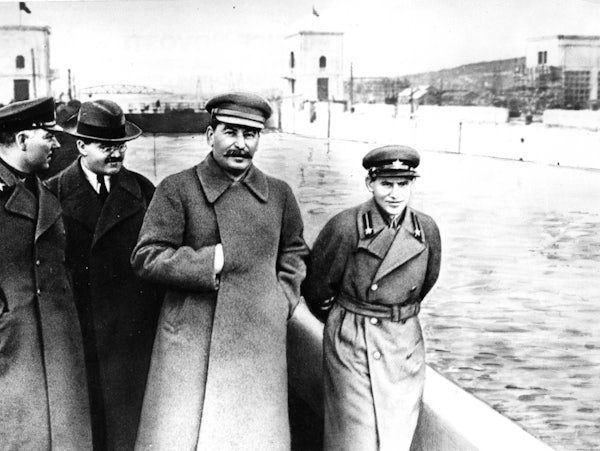 The #NeverTrump movement is maybe getting out of hand.

This should be a banner day for those on the right who wish to stop Donald Trump from winning the Republican nomination. The news cycle has been dominated by Mitt Romney’s 20-minute denunciation of the Republican frontrunner. The #NeverTrump movement is having a moment.

The problem with #NeverTrump, though, is that it’s based on a shared sense of panic, so it’s especially prone to crack-ups. Asked if he would support Trump by the New York Times, Max Boot, the neocon military historian and adviser to Marco Rubio, responded, “I would sooner vote for Josef Stalin than vote for Donald Trump.” There are a lot of problems with this, like the fact that Stalin did genocide and is also dead, but the best response is the simplest: For sure, man.

On the more despairing end, we have former Bush speechwriter and “Axis of Evil” coiner (and conservative apostate) David Frum, who tweeted this earlier today:

Frum’s argument is somewhat more sophisticated than that tweet makes it seem, but that doesn’t change the fact that the #NeverTrump movement has reached its speculative fan fiction stage.