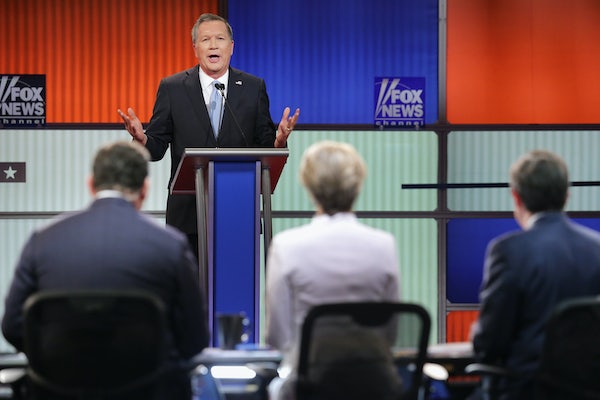 John Kasich thinks we need to learn to love our country’s homophobes.

Kasich had a tough time with this one. He stuttered a bit, and hedged, and said, “I believe in traditional marriage, between man and a woman.” But then he put on his Prince of Light and Hope crown and said that we should respect everyone’s difference and love one another, no matter what their beliefs are. In tonight’s debate, Kasich presented an inversion of his usual argument: he implied that gay couples should learn to love the people who hate and discriminate against them. It was still better than what Ted Cruz said when he was asked about religious liberty.