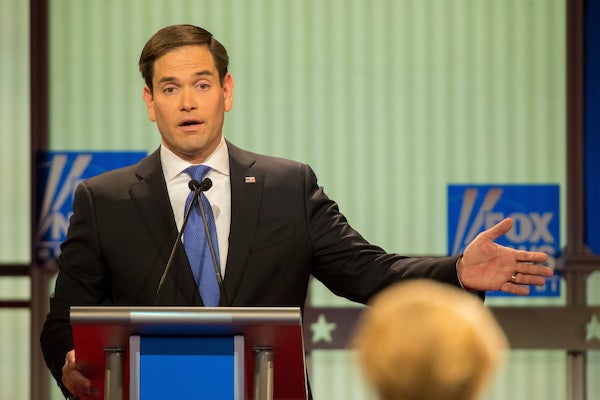 Marco Rubio made a funny.

He is often accused of being a robot, but an exchange about yoga allowed him to display some spontaneous wit. Earlier in the night, Trump fielded complaints about flip-flopping by saying that flexibility is a virtue in a leader.

Later, when Trump and Cruz were talking past each other:

Rubio: “When they’re done with the yoga, can I answer the question?

Cruz’s anti-yoga comment was probably a bone thrown to right-wing evangelicals, who see yoga as a heathen practice. But Rubio’s joke about Trump being “flexible” made the night. As a piece of improv, it wasn’t bad.