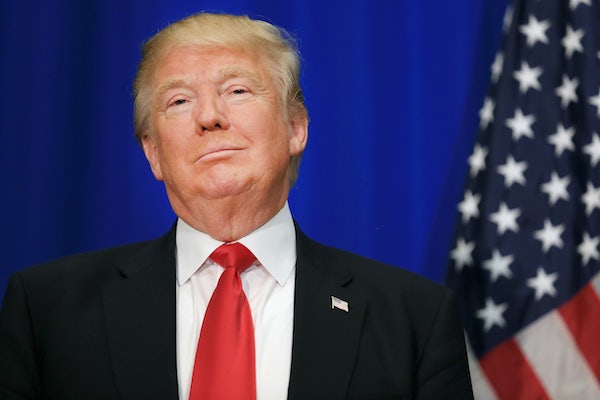 The scary thing is that Donald Trump is already pivoting to the general election.

On Thursday, Trump changed his position on immigration in the middle of a Republican debate, saying that we “need highly-skilled people in this country” and that, as president, he would allow such workers to enter the country.

Today, Trump walked back another controversial position, that he would kill the families of terrorists suspected of plotting or committing attacks on America. He released a statement that said:

“I feel very, very strongly about the need to attack and kill those terrorists who attack and kill our people. I know people who died on 9/11. I will never forget those events. I will use every legal power that I have to stop these terrorist enemies. I do, however, understand that the United States is bound by laws and treaties and I will not order our military or other officials to violate those laws and will seek their advice on such matters. I will not order a military officer to disobey the law. It is clear that as president I will be bound by laws just like all Americans and I will meet those responsibilities.”

The reversal may have come in reaction to a letter signed by a number of prominent conservative foreign policy advisers that argued that the military must refuse Trump’s orders to commit torture and other war crimes. (It’s not clear what this means for Trump’s support for “waterboarding” or actions “worse than waterboarding.”) Trump’s “flexibility” appears to be an attempt to pivot to the general election—the question is whether it will alienate his base (it won’t) or if it will convert the skeptical (jury’s out).