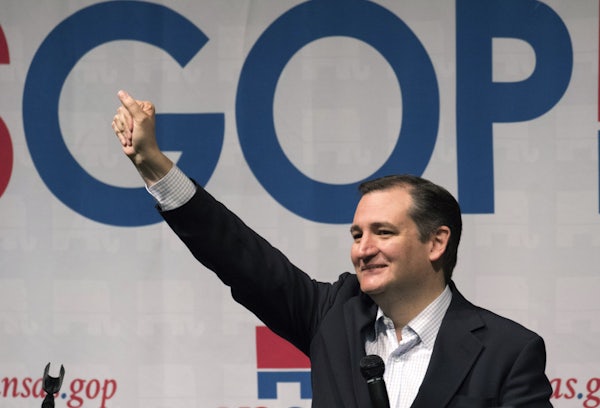 Super Saturday is shaping up very nicely for Ted Cruz.

Republicans are also voting in Kentucky and Louisiana. Cruz has a shot at winning both, though victory in Kentucky is probably more likely. Cruz all week has been making the argument that this is really a two-man race, and victories in Maine and Kansas will help solidify his case as the “Stop Trump candidate.”

Two other observations. First, if there’s a winner, there must be a loser, and Rubio’s days of being the third place winner are over. That said, the only thing that matters for Rubio right now is victory in Florida—his poor showing tonight will influence media coverage and make that harder, but it really doesn’t matter that much if he comes in third in all four contests. Second, what is it with the Midwest and Donald Trump? Iowa, Minnesotsa, Kansas, and Oklahoma have all gone to other candidates and Trump has yet to take a Midwestern state. Is it that he’s too mean? Not conservative enough? Doesn’t like deep-fried butter?