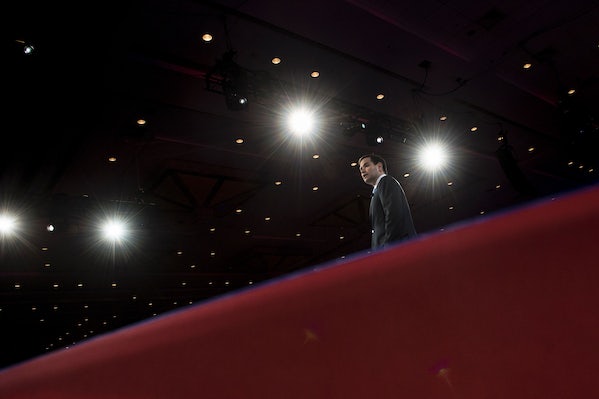 It’s a genre of political reporting unto itself, the article that captures all the reasons a campaign is flailing. In the case of Rubio, The Washington Post’s Ed O’Keefe and Robert Costa tick all the boxes: a poor message, weak campaign infrastructure, a short-sighted primary strategy, the candidate himself. Truly, in politics it is defeat, not victory, that has a hundred fathers.

Rubio is betting it all on the March 15 primary in Florida, where he should be able to correct at least some of his campaign’s perceived flaws. He isn’t leaving things to the last minute—as he did in, say, Virginia—and he is known throughout the state. One problem is that he doesn’t have much money left, making him reliant on his affiliated super PACs to attack Donald Trump. The other is that he is still lacking a certain high-profile endorsement: from Jeb Bush, the man he supplanted as the establishment’s choice in the race.

When you consider the ease with which Rubio dispatched his former mentor, another way to read the Post’s article is that Rubio has done passably well in a year that was never going to favor the establishment. Maybe it’s not the strategy or the message that will prove to be his undoing—it’s just Trump.