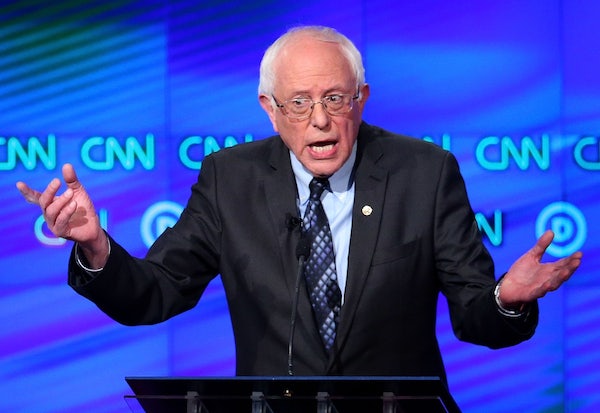 The NRA is not doing Bernie Sanders any favors.

Guns were a big topic of discussion during Sunday night’s Democratic debate, and Sanders had to defend his past support for legislation that granted gun manufacturers blanket immunity from lawsuits brought by victims of gun violence.

Clinton voted against the Protection of Lawful Commerce in Arms Act, and has used Sanders’s vote for it to hammer him as being too cozy with the gun lobby. Sanders has countered by pointing out that he has a lifetime D+ rating from the NRA. But on Monday morning, Sanders’s effort to distance himself from the NRA was dealt a blow by ... well, the NRA.

That’s not quite the ringing endorsement his campaign was hoping for heading into Tuesday’s crucial primaries.