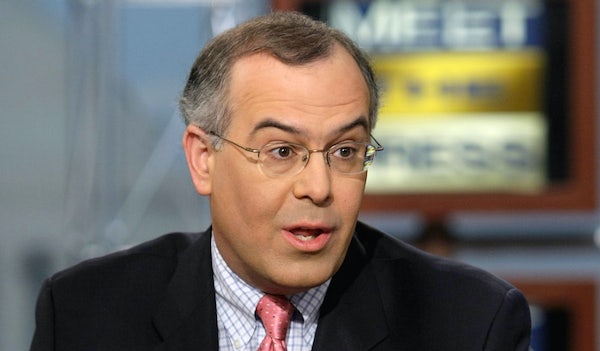 David Brooks warns the GOP that Ted Cruz is attractive only in a beer-goggles kind of way.

Poor Brooks. The gatekeeper of center-right wisdom can’t fathom what is happening to his party. First Donald Trump, now this:

It’s 2 a.m. The bar is closing. Republicans have had a series of strong and nasty Trump cocktails. Suddenly Ted Cruz is beginning to look kind of attractive. At least he’s sort of predictable, and he doesn’t talk about his sexual organs in presidential debates!

Well, Republicans, have your standards really fallen so low so fast? Are you really that desperate? Can you remember your 8 p.m. selves, and all the hope you had about entering a campaign with such a deep bench of talented candidates?

Brooks rightly points out that nominating Cruz would be a disaster. “His political profile is a slightly enlarged Rick Santorum but without the heart,” he writes. So he subscribes to the Rube Goldberg-esque plan to vote Kasich in Ohio and Rubio in Florida, preventing an outright winner from emerging until the party can sort it out at the convention.

The problem, as anyone who has been drunk at 2 a.m. knows, is that there is no going back to 8 p.m. If we could do that, half the world’s regrets wouldn’t even exist. It is in the hangover phase, when the reality of what we’ve done hits us with full force, that we have our moment of reckoning.