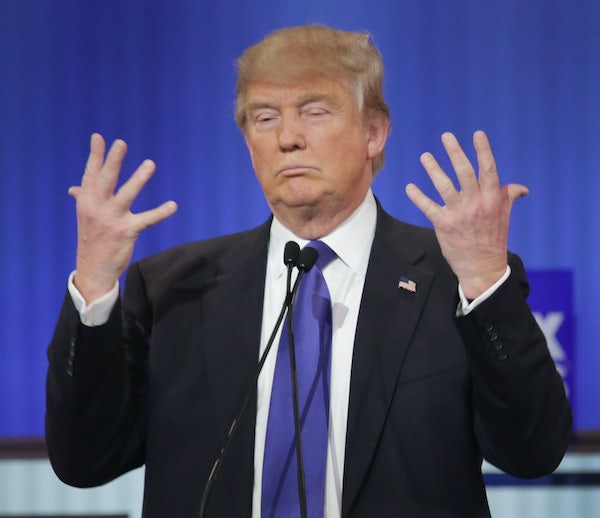 For a man with no shame, Donald Trump sure is insecure.

The leading Republican candidate was supposed to appear on multiple news programs on Tuesday morning, but he pulled out at the last minute citing technical difficulties. Network sources say otherwise: Trump backed out because he didn’t like the camera shots of him.

Trump was stationed at his Mar-a-Lago resort in Palm Beach, Florida, where a camera crew was on site to record back-to-back interviews for half a dozen different networks’ morning shows. But microphones picked up Trump telling an aide,
“I don’t like the way I look. Just tell them there’s technical issues.”

Trump offered to conduct the interviews via phone, a favorite tactic of his campaign. CBS News has a policy against interviewing candidates over the phone, but other networks, including MSNBC and Fox, conducted interviews without video.